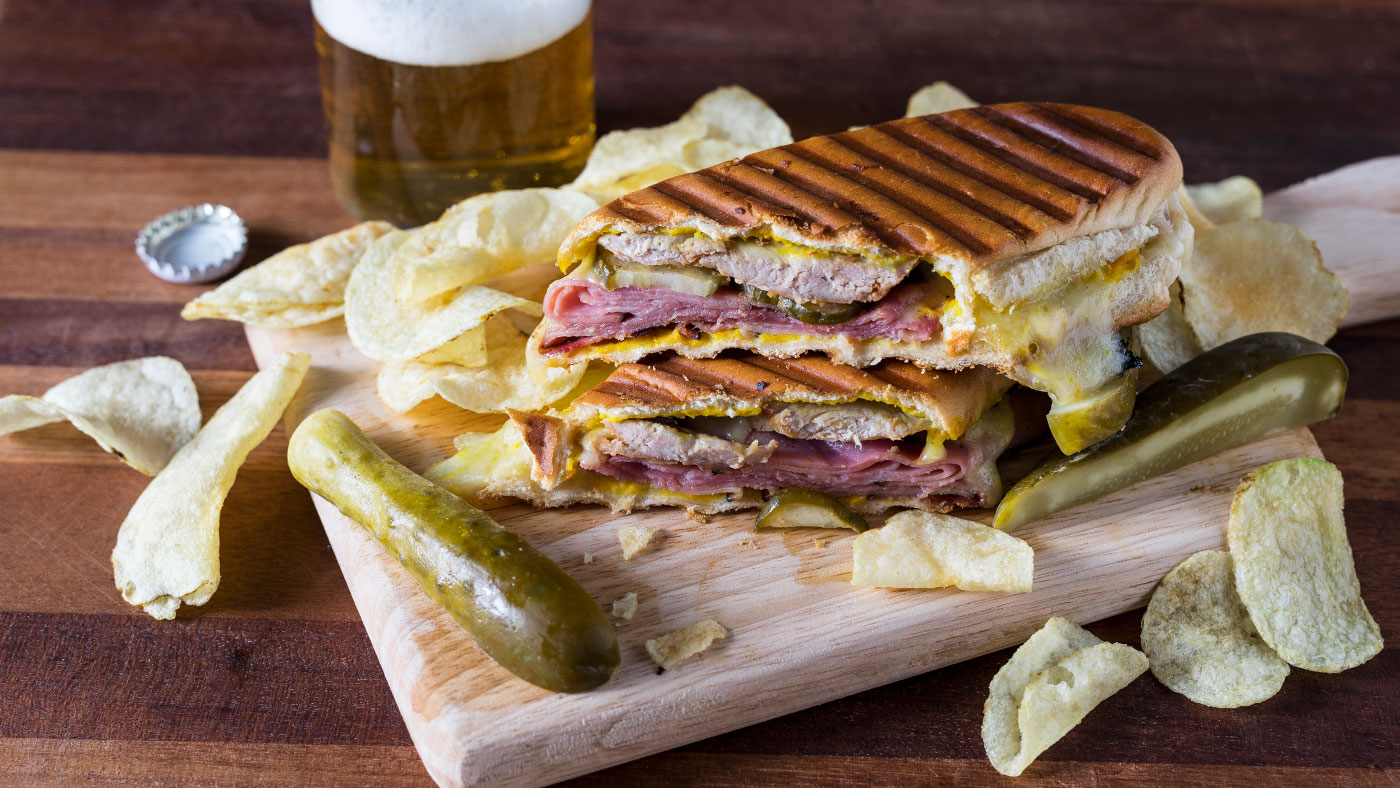 The "Cubano" likely origininated in Florida in the early 1900s influenced by the culture of immigrant Cuban workers.

With not one but two layers of porky goodness, this deliciously layered sandwich is every pork lovers dream. Combine that with the zingy pickles, sweet mustard and creamy melted swiss cheese for what could quite possibly be the best sandwich of all time (big call, I know). The mojo-marinated pork, with its garlic, herb and citrus flavours, is a must!

For the Cuban Sandwich:

We used the recipe from Roy Choi

1. Bring cast-iron griddle or sandwich press to medium heat. Add deli-cut ham to the griddle and brown for 1-2 minutes on both sides.

2. Butter the inside of the brioche rolls and place them in the griddle until lightly brown, about 1-2 minutes. Remove onto chopping board and spread Kielty’s whiskey pear spiced mustard generously on the inside of each bread. Layer the ham, pork, Westmont beer pickle, then cheese on to brioche roll.

3. Brush the outside of the brioche rolls with butter and place them on griddle or sandwich press. If cooking on a griddle, place baking paper over the sandwich and weigh it down with something heavy (i.e. cans, pot). Cook on medium heat for 3 minutes or until bread is super crispy.

4. Cut in half and serve while it's hot and juicy!